Okay, So What’s The Deal With The White Wedding Dress? 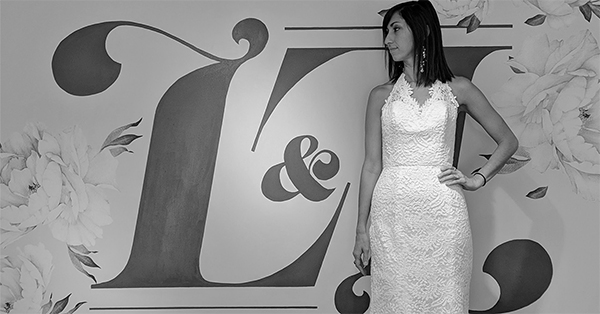 “I’m not wearing white because I’m not fooling anybody,” says a bride jokingly while looking through gowns on a rack.

Interestingly though, white was not a traditional color for weddings until the 19th century when Queen Victoria walked down the aisle in a white lace wedding gown to marry Prince Albert and launched a bridal fashion trend to end all fashion trends.

Up until that point, brides would wear richly embroidered gowns, often choosing red for their wedding day. White was a color that was used for mourning at the time. But our fave queen of making traditions didn’t really care. She also opted for ditching a crown and instead wore flowers in her hair – hello, OG Boho Bride!

As an aside, Mary, Queen of Scots, wore white during her wedding to the French Prince Francis, but that was controversial at the time, giving Queen Victoria bragging rights for launching the trend.

When the news of Queen Victoria’s wedding dress hit the ears of the fashionably elite of the time, it spread like wild fire and everyone wanted to do a white dress. At the time, that was a symbol of wealth because white was so much harder to clean. If you sprung the extra for a white wedding dress, it was commonplace to re-wear or re-purpose your wedding dress! Even Queen Victoria knew to get her money’s worth out of her gown and restyled it to wear again. She even wore it more than 50 years after her wedding to her Diamond Jubilee!

Even then though, the white wedding dress didn’t become completely ubiquitous in the West until after World War II when it was popularized in the movies.

So where did the tradition start of purity?

It wasn’t until about a decade after Queen Victoria’s wedding that white as a symbol for purity got attached to the wedding gown when the Godey’s Lady’s Book claimed that white was the emblem of innocence and purity. There’s also significance in the United States because debutantes typically wear white when they come out.

While that tradition is still important for a lot of women, especially in the U.S., most brides are taking a cue from their pre-Victorian sisters and choosing whatever makes them happy. Most brides now choose a color that makes them feel pretty or looks the best with the gown they fall in love with, whether it be ivory, white, blush, champagne, sand, nude, gray, red or any other color.

While we love a white wedding dress, there’s nothing that says that you must choose any specific color, so just do whatever works for you and your wedding!

Ready to start looking for your dress? Contact us to set up your appointment!