On “Bride” and Gender 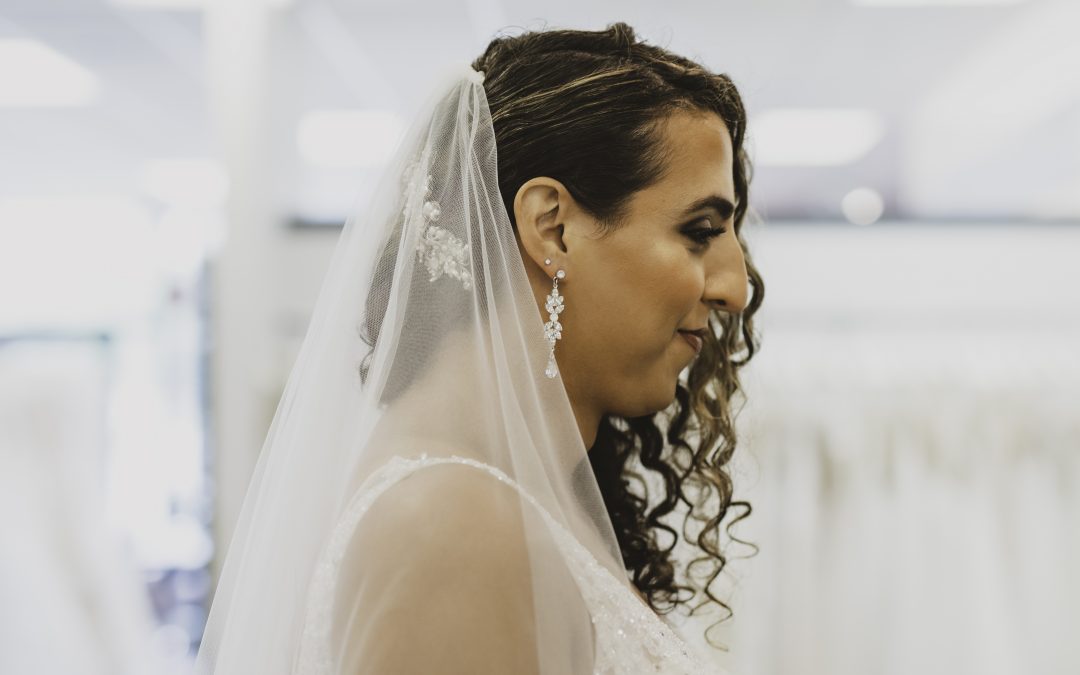 In the wedding industry, same-sex weddings have been shifting the dynamics of how vendors meet couples and creating new formats for celebrating love. This has been especially true since the landmark SCOTUS case ruling that marriage is a fundamental right for all, Obergefell v. Hodges, which wasn’t as long ago as it may feel. As we find the vocabulary and tools to express ourselves more wholly and authentically, other aspects of life shift and adjust to meet these new ways. A newer element has finally just been brought to the table for the wedding industry: gender. As we take a battle axe to the binary, some questions are being left hanging in the open, especially in bridal. Namely, is “bridal” still an okay term to use?

“I personally like being a ‘bride,’ but I can also understand why some people in the queer community may not want that kind of title. Like, I understand there’s a lot of people in the queer community who don’t [want to be or] they’re very against doing anything heteronormative,” said Jessica (she/they), a bride I recently got to speak with during Laura & Leigh Bridal’s photoshoot celebrating real queer love, featuring all LBGTQ+ vendors and couples. With a spectrum of genderqueer brides present, and everyone in attendance either themselves queer or an ally, it felt like a fitting place to question such a term. Jessica’s impression on the subject seemed to be the consensus at the photoshoot, where we got to talking about what “bride” evokes for everyone there.

While everyone understands that “bride,” or its gendered counterpart “groom,” doesn’t stick for everyone, it seems there’s nothing intrinsically harmful or dysphoric in its usage. The term “broom” got brought up a bit as the sometimes silly “in between” term that’s been tossed around. I have personally taken to occasionally referring to one half of an engaged couple as simply a “future spouse” when avoiding gendered terms. Yet overall, it seems “bride” is a perfectly good term to continue using.

When I probed further and left it more open-ended about what “bride” meant, another bride from the shoot, Sara (she/her), replied, “I guess it evokes for me the vision of… that warm glow of stability, happiness, and so much hope for the future.”

What we found and generally agreed upon is that the issue with “bride” is more likely to arise in the assumption of that term being that person’s identity. While the term “bride” in and of itself carries no ill will, it’s misplaced usage can be equivalent to misgendering someone. Assuming someone is a bride or groom could be signaling to a couple, or person who doesn’t identify that way, that you’re not someone to trust with such an emotionally important event, or that you may not be understanding and open. Even if that isn’t the case, by assuming the word bride, that is how a couple or person may feel. Even in some cases of correct usage, saying “bride” may still cause dysphoria.

It feels important to note here what exactly dysphoria is. When talking about gender, the easiest understood term is gender euphoria, or essentially, happiness and comfort in one’s own gender, presentation, or body. In its simplest form, it’s feeling at home in yourself, which is something most trans- or genderqueer people have to work harder to accomplish than their cisgender friends (cisgender means you identify as the sex you were assigned at birth). The antithesis of this euphoria is dysphoria: a feeling of the complete wrong-ness in one’s gender and physical self. When someone understands your perception of them to be different than their own perception of themselves—and what they try to project as their true self—they are feeling the disconnect between themself and their surroundings, as well as themself and you. This is placing an immediate hurdle or gap between you and this person or couple.

My partner, for example, uses they/she pronouns. Although they are okay with being referred to as “she,” they lean heavily toward “they” and feel dysphoric when people refer to us as “ladies.” When referred to as “sir,” or even just seeing the hesitation in finding a proper term, my partner feels properly seen and understood. All this is to say that, yes, “bride” is still alive and well, and innately unharmful, but not when coupled with assumptions. Asking someone’s pronouns should definitely come before the assumed use of a term, and even then, it can still be advised just to ask. When in doubt, nearly everybody will be happier being asked and having a clarification that you see and understand them.

Paz (she/her), Sara’s partner, said simply, “Don’t be scared. I’d rather someone ask me a million questions up front and then be clear on what [my pronouns] are.” She later continued, “Not everyone is always [going to] want to answer, and that’s fine.” In this case, if it was a genuine attempt at understanding, that’s still meaningful. Remember: It’s not up to anyone else to choose what term works best for anyone, regardless of their gender identity and presentation. Besides, in asking, we may even get to learn some fun new replacements to the terms we’ve come to know.

In exploring this bridal-gender intersection, I also got to have a strong and deep conversation with Paz, a trans woman, about approaching the bridal journey from her trans-femme perspective. Alternatively, “bride” can be an incredibly euphoric term to use in this instance. When I asked her how “bride” made her feel, a huge smile bloomed as she responded candidly.

“It makes me feel, um, giddy, and a little bit silly. Just excited, and overwhelmed, and incredibly happy because that’s something I just, I thought was always going to be for someone else and not for me.”

I’ll just note here quickly how much Paz had me on the brink of tears all day, for obvious reasons. While the term “bride” has Paz “aflutter inside,” there’s so much more to the trans-femme bridal experience. When talking about wedding anxieties, Paz immediately pointed out the gown as the most nerve-racking part. “I’m always worried about how I’m going to make other people uncomfortable. It is always my concern.”

While nearly any ally or queer person can tell you that this shouldn’t be a concern of hers, nevertheless it is. As I ranted later that night to my partner, it should never be anyone’s job to make other people comfortable with their own identity. And yet, if this isn’t a concern, they can wind up in the hands of the wrong person helping on their big day.

Paz went on, “Who’s going to be in close contact if they’re helping me with any of that stuff? Who’s [going to] be my friend? Who’s [going to] help me get dressed day of, like with my body?” As a bridal stylist, I know that anyone in my dressing room is vulnerable. Yes, emotionally, but also literally. We have usually never met, and yet they are expected to be nearly naked in front of me. For those with body dysphoria, and especially trans bodies (in all the various states of trans-ness), this is even more so of an incredibly vulnerable place to be standing. I was honored that Paz allowed me to be someone who helped her with these gowns and helped to dress her up as the beautiful bride she was and shared her experience with me.

Paz was constantly in awe of her own reflection, and it was amazing to watch. She voiced to me how she had honestly never really seen a body such as hers in a context such as this, in a beautiful bridal gown, and as though it was always meant to be in that space.

As beautiful a moment this was, I want to take this beauty as a message to other bridal stylists out there: It’s our responsibility to foster and encourage these moments. Trans bodies do belong in these spaces and contexts, and if we’re not one of the first people establishing that, it will never be understood.

As I asked everyone when their first experience seeing a queer wedding was (nearly everyone was disappointed when they realized how recent it was and that they could barely remember), nobody mentioned any type of genderqueer elements to the experience. I’ve never seen genderqueer bridal visuals without actively searching for them, and even then, it proved a challenge. As those within the bridal/wedding industry, it’s our responsibility to shift this narrative of who a bride is and what they look like. We can establish a safe space, but we must establish it outside of that space, too, or else no one will ever show up.

I don’t pose this as a solution to the question or a definitive answer, but rather an open exploration, punctuated with ellipses. Our collective understanding of gender and experiences related to its multitudes is ever-growing, and I am by no means qualified to give any final answers. Dare I say, nobody is. Experiences surrounding gender are so diverse that I find it hard to believe anyone’s answer will ever definitely respond for everyone and every situation. Listening, learning, and sharing what we’ve learned is always the best way to proceed, and I hope to proceed this way as the conversation grows. I look forward to hearing from other voices and hopefully seeing the trans and genderqueer representation in this industry, which has been due for some time. In the meantime, I would love to continue the discussion with anyone reading this, and want everyone to know that at LLB, we promise to listen and see you, preferably in a wedding gown (if you’re so inclined).